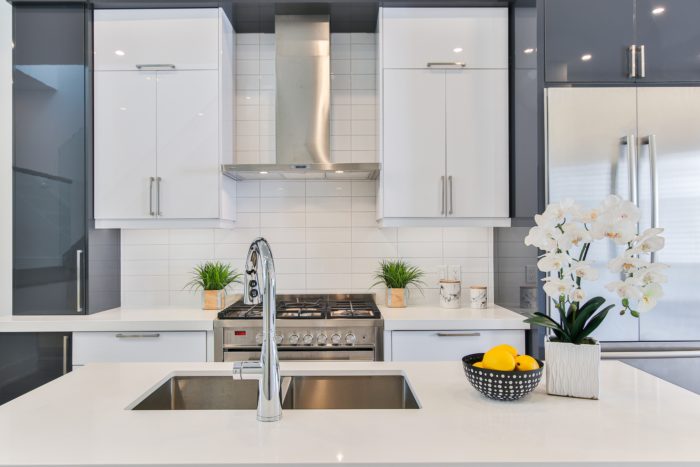 What is 3-Way Suction Kitchen Chimney and How Does it Work?

Various types of kitchen chimneys are currently available in the market for you to explore. If you don’t already have one installed, then you are missing a chance to improve the cleanliness of your kitchen.

Some chimneys are even designed to absorb the noise in your cooking space, hence making it a comfortable area for most people.

With the old chimneys, some fumes would be scattered by the wind, hence discoloring parts of your kitchen.

3-way suction technology was introduced to deal with this problem.

This article aims to explain how this technology works in modern kitchen chimneys, but first, the definition.

What is a 3-Way Suction Chimney?

This modernized kitchen chimney is designed to suck all the fumes left over after the primary suction process. Unlike the traditional chimneys, this model has multiple inlet points on the sides of the hood.

What makes it useful is the fact that these inlets are angled to let in fumes from all directions. As such, smoke particles have little to no chance of settling anywhere else in your kitchen.

How Does a 3-Way Suction Chimney Work?

As you can already see, this is one of the many technologies that have changed everyone’s kitchen life. But how exactly do these chimneys work?

Well, like any other modern chimney, this appliance utilizes electric motors to suck air.

In most chimneys, you will realize that the only inlet available is the one beneath the hood (just above your gas stove). However, as stated earlier, this is not effective.

A 3-way suction chimney, on the contrary, has multiple inlets, and each of them is fitted with a motor. As such, the air is sucked from all angles, and fumes cannot escape, and mess up other parts of your kitchen.

Any fumes that get swayed off the target by wind are sucked back into the hood via these inlets.

Once the smoke and fumes have been drawn into the hood, the next step is the filtration process. The grease and oil particles are filtered out, and the rest of the air particles are released through the installed duct system.

What Benefits Should You Expect?

Of course, the first – and perhaps the most obvious – you should expect from this type of kitchen chimney is a clean kitchen.

It makes sure that your kitchen is free of any smoke particles, hence a comfortable cooking environment.

Another advantage of this chimney is that it comes with a higher suction power than other chimneys.

The fact that it is fitted with several motors means it can force in more fumes than your traditional kitchen chimney.

Therefore, you won’t have to worry about its operation even when there are natural environmental changes like the wind.

There are several models of kitchen chimneys in the market, but those fitted with 3-way suction technology are among the best.

This technique ensures that all fumes and smoke particles are sucked into the chimney’s hood. In addition to the extra inlets, these appliances have very high suction power.

As such, your cooking space will remain as clean as possible.

How is the suction power of a chimney calculated?

How To Install Kitchen Chimney Hood

What Is EDS In Kitchen Chimney and Its Benefits

Dolly is a part of the content creation team at reviews.in. Her strength lies in creating content about sports, fitness and lifestyle. Creating art, drinking coffee and reading books, makes her happy when not working with reviews.